Gu Li Sheng, also called Gu Lu Ping, was born in Qing dynasty 30th of Guangxi reign (1903). When he was five years old, he followed his uncle, who was a Chinese medicine practitioner in Nan Jing, to study Chinese medicine and began training Shaolin Kungfu from the famous local teacher Gao Cai Xiang. At the beginning of the 1920s, he worked as a clerk in a house owned by a post officer named Wang. During that time, the grandson of the renowned Yang-style Taiji teacher (Yang Lu Chan), named Yang Shao Hou, was teaching at the Nan Jing Guo Shu Guan (National Martial Art Institute of Nan Jing.) At that same period, Yang Shou Hou was the martial art teacher of Mr.Wang. Consequently, Gu Li Sheng also had a chance to study with Yang Shao Hou too. Following several significant events, Yang Shao Hou accepted Gu Li Sheng as his student. From the teaching of Yang Shao Hou and remarkable effort, Gu Li Sheng received authentic Yang-style Taiji Gongfu.

In 1947, there was a martial art competition in Gui Yang to promote martial art followed by government policy. Gu Li Sheng was a judge and also the co-organizer with several other famous martial art teachers, such as Gu Ru Zhang, Gu Jing Zhang, Yang Shen, etc. Gu Li Sheng also demonstrated some Taijiquan push hands and Yang Shao Hou small frame Taijiquan at the event. In 1978, Gu Li Sheng passed away during the cultural revolution. 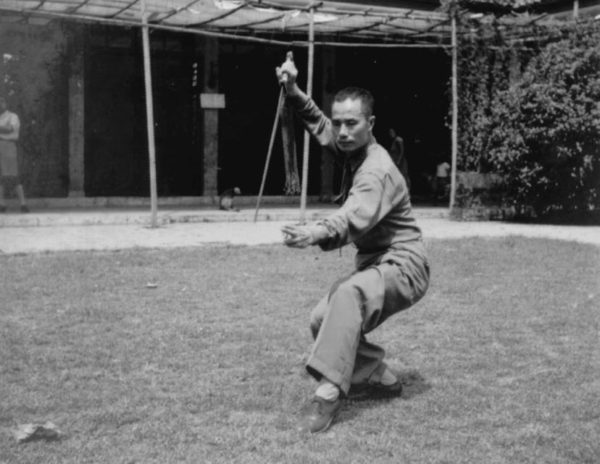