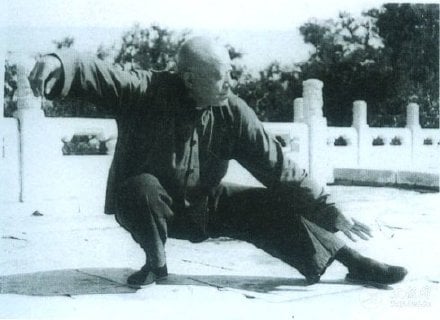 About the Author: Mr. Chen Yao Ting (陈耀庭) was born in Hangzhou in January 1937. He is a Professor at Beijing University of Chemical Technology and in China a well-known expert in the material sciences, enjoying a special affiliation with the Ministry of National Affairs. As an amateur Taijiquan enthusiast he began to learn the Yang Style Old Set from Niu Chun Ming (牛春明) in early 1950. In the 1960’s he went to Beijing to learn Wu Style and its Push Hands from Liu Wan Cang (刘晚仓), the famous Master of Wu Style Taijiquan. He studied with him for more than ten years. In 1970’s and 1980’s, he followed Gao Zhan Kui (高占奎) and Zhu Huai Yuan (朱怀元) learning Yang Style Old Set passed down by Wang Yong Quan (王永泉). He was also taught by other well-known grand-masters such as Wu Tu Nan (吴图南), Yang Yu Ting (杨禹廷), Wang Pei Sheng (王培生), Sun Jian Yun (孙剑云) and Hao Shao Ru (郝少如), Mr. Chen is currently the Honorary Vice President of Wang Yong Quan Taijiquan Research Society.

Everybody knows well that the effective use of the waist (腰) and hips (胯) is crucial to the learning of Taijiquan. Nowadays the current practice of many people is not only unlike the methods practised by famous masters, it is just the opposite. Based on what l have heard and seen during practical sessions with old masters in the past 60 years, I am writing this article on the requirements of using the waist and hips for the reference of Taijiquan enthusiasts.

1. Niu Chun Ming and his requirements on relaxing waist and hips
Niu Chun Ming who was very knowledgeable in martial arts, was a well known Niu Chun Ming who was very knowledgeable in martial arts, was a well known Taijiquan master of the previous generation. In the early 20th century, he followed his master, Yang Cheng Fu (杨澄甫) to Southern China and later settled in Hangzhou (杭州). After the liberation (2nd World War), Premier Zhou En Lai (周恩来) arranged for him to teach Chairman Mao Taijiquan. During regular days he taught Taijiquan in a garden at West Lake (西湖). His teaching was very strict, demanding and meticulous. I remember an incident where one day a middle-aged man squatted down in his practice of the beginning steps. Master Niu asked him not to squat, but the man refused to change. In an impatient manner, Master Niu pointed his finger at the nearby toilet and said, “Go there to squat!” After that when the man knelt in front of him, the master turned around and said jokingly, “if you want to kneel, go back home and kneel to your wife in the bedroom, no need to kneel at my place.” This incident, which I will never forget enabled me to understand the difference between squatting/kneeling and relaxing the waist and hips. It also greatly benefitted me during my lifelong learning of Taijiquan.

2. Yang Yu Ting’s requirements enable me to realise “Hairy donkey pulling the mill”(毛驴拉磨)
In the 1960s my friend Chen Hui Liang and I visited old Yang to seek his advice on how to do well in Taijiquan. He told us that practising Taijiquan was like a hairy donkey pulling the mill. At that time, I could not understand what he meant. However, with the passing of time, I realise what he said is the principle, foundation and direction of Taijiquan and increasingly I treasure it as gold.

“Hairy donkey pulling the mill” means I am the mill while the hairy donkey is pulling me around. Following the turning round of the hairy donkey I become passive, and in this way, I am able to relax and activate my waist. Doing Taijiquan is different from boxing and wrestling because in Taijiquan our waist cannot use force. If our waist uses force and leads the hands, it becomes stiff. This is wrong. A saying in the manual of Taijiquan points out that the waist must be as “lively as the wheel” (活似车轮). In those days, it was the hands that pushed the cart while the animals pulled the cart and the wheels were passively turned around unlike the wheels of motor car today. In short, “hairy donkey pulling the mill” is the specific training method of Taijiquan, i.e. “using mind, but not force.” With the “hairy donkey” being the “mind.”

3. Wu Tu Nan’s requirements that “external leads internal” (外带内) and “end leads root” (稍带根)
One day, my friend, Chen Hui Liang told me that old Wu was very angry with Chen Jia Cang (陈家仓) because the latter asked old Wu whether “the external leads the internal” or “the internal leads the external?” and whether “the end leads the root” or “the root leads the end?” As a result, old Wu was very angry and said, “You have asked this question twice. I have told you clearly that the external leads the internal and that the end leads the root. If you don’t believe me, go away. Why are you following me?” At that time Yang Jia Cang had followed old Wu for many years and was learning very well. Why was old Wu so angry? Suddenly I realised that this question must be very important. Later I understand that it is similar to what Yang Yu Ting said about “hairy donkey pulling the mill.” If it is not “the external leading the internal” and “the end leading the root,” the waist is dead and one will never be able to emit Taiji power (太极劲), to use the opponent’s force and to achieve the skill of using “4 ounces to overthrow a thousand pounds.” That was why old Wu was so angry.

4. The requirements of Wang Yong Quan and Zhu Huai Yuan are: do not use squatting stance, do not collapse waist and when one practises Taijiquan, one must use the wrists.
In 70s and 80s, Yu Tong He (于桐和) and I learned Taijiquan from Gao Zhan Kui and Zhu Huai Yuan. Master Gao and Master Zhu were two of the four earliest disciples of Wang Yong Quan. Yu Tong He and his father were old colleagues of Wang Yong Quan and Zhu Huai Yuan at Concord Hospital for many years so they had good relationships. One day, Yu Tong He showed me a handwritten booklet entitled “Push Hands Guide” which was recorded and compiled by Zhu Huai Yuan when he was learning under Wang Yong Quan. I regard it as a treasure. In the second page, it began to emphasize “do not use the squatting stance,” “the two hands are only responsible for opening the door for waist power.” Old Wang said, “The waist must not collapse, the legs must not step down too hard. During practice, one must use the (hands) wrists.” Special emphasis was placed on regulating the functions of mind (意) and Qi (气): “One must clearly understand that internal Qi is the leader, the motivating force while external form and postures are followers, those being led. Both must be controlled by the mind (From the book entitled “Yang Style Taijiquan Taught by Wang Yong Quan with His Quotations and Photos” written by Liu Jin Yin 刘金印). The above expressions clearly explain the saying in the Taijiquan manual that “Mind and Qi are the rulers while bones and flesh are subjects”

Conclusion
I think that to learn well Taijiquan, you must first of all be certain what you are learning, how to learn “borrow force,” (借力 making use of the opponent’s force) and “four ounces over-throws a thousand pounds.” Moreover, you must train “using the mind instead of force” and try to experience the patient and unselfish teachings of the grandmasters mentioned above, particularly the following: never use a squatting stance, use the mind to lead, use the end to lead (root), the waist must be lively and never use force. If the verse “use the heart (mind) to lead the Qi, use the Qi to motivate the body” is difficult to understand, I think, the analogies provided by grandmasters as mentioned above are very easy to understand. The question is whether you want to train in the same way (as those of grandmasters). Master Zhu Huai Yuan said “Do not use force, do not blindly seek and ask (test) on the opponent’s body. Moreover do not use the hands to push and take on people.” He had taught and brought up many Taijiquan experts, such as Li He Sheng (李和生), Shi Ming (石明) and Zhu Chun Xuan (朱春煊), showing the effectiveness of his teaching method.

If someone asks me how to train well Taijiquan, at the seminar on the setting up of CHINA TAlJIQUAN NET, I wrote the following verses:

Two hands like Spring wind blowing the willow,
Both legs seemingly step on a floating boat,
Night bell of Nan Ping hangs on Bai Hui,
Quietly listening to grand sound that spreads throughout the world.

The meaning of the verses: the two hands are not only like the branches of a willow tree, swinging softly with the wind, but also, more importantly, they are passively blown by the Spring wind which is the “mind” (意). Both legs seemingly step lightly on a boat in a springy way as mentioned in the manual of Taijiquan: “Swinging from side to side as if to get into the waves, light on top and heavy at bottom so as not to stagger.” The third verse refers to the body’s form which must be straight like a copper bell hung in a temple, spreading sound waves. Your own heart must be quiet and your mind must follow in such a way that you do not think of hurting people and do not stubbornly pursue anything, but let the grand sound waves spread towards the universe.

2 Comments on “Waist and Hip training requirements in Taijiquan”