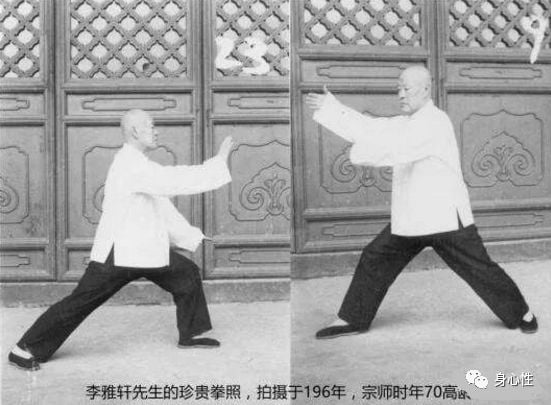 Nowadays, many Taiji practitioners have a common problem; their movements are not open enough; they are too “compact” (not the real compactness). When demonstrating their form, a practitioner will often transition from one posture to the next, before the initial posture has reached its intended destination. This way of practicing the form looks very confined and is not correct.

When you train Taiji Quan, it is essential to understand that ‘Song’ and ‘Jin’ (tightness) are contradictory. However, even they are opposite; they are also dependent on each other. The majority of practitioners focus only on their opposition rather than their dependence. When a master teaches their students, they blindly focus on ‘Song,’ even though the student hasn’t yet understood or experienced the real ‘Song.’ This is because they only know ‘Song,’ and they do not understand ‘Jin’ (tightness). Therefore they cannot recognize the relationship between the two.

In reality, the practice of Taiji boxing needs to have both ‘Song’ and ‘Jin.’ If you do not have ‘Jin,’ then you do not have ‘Song.’ ‘Jin’ has two-ways to perform: pull out (stretch), and pullback (contract), both of them can bring about ‘Song.’ For example, in ‘Dan Bian’ (Single Whip) movement: both arms stretch out, one side is hook hand, and the other is a palm with stretching fingers. The muscles on both arms must be stretched to full extension; the feeling is very intense. When you change the movement and suddenly relax the muscles, then you can experience a taste of ‘Song.’ If you perform one set of the boxing from beginning to the end blindly focusing on ‘Song,’ then you will not experience the feeling of ‘Song’ at all. On the other hand, your boxing will be confined; both hands and feet will not have the sense of Qing-Song (light and release).

Taiji Quan first seeks to stretch and extend; later, the aim is to be compact. However, we have always mistaken the training of the form; by withdrawing the hands and feet to the body, before they have reached their destination. This way of training is an illness.

Any cookies that may not be particularly necessary for the website to function and is used specifically to collect user personal data via analytics, ads, other embedded contents are termed as non-necessary cookies. It is mandatory to procure user consent prior to running these cookies on your website.