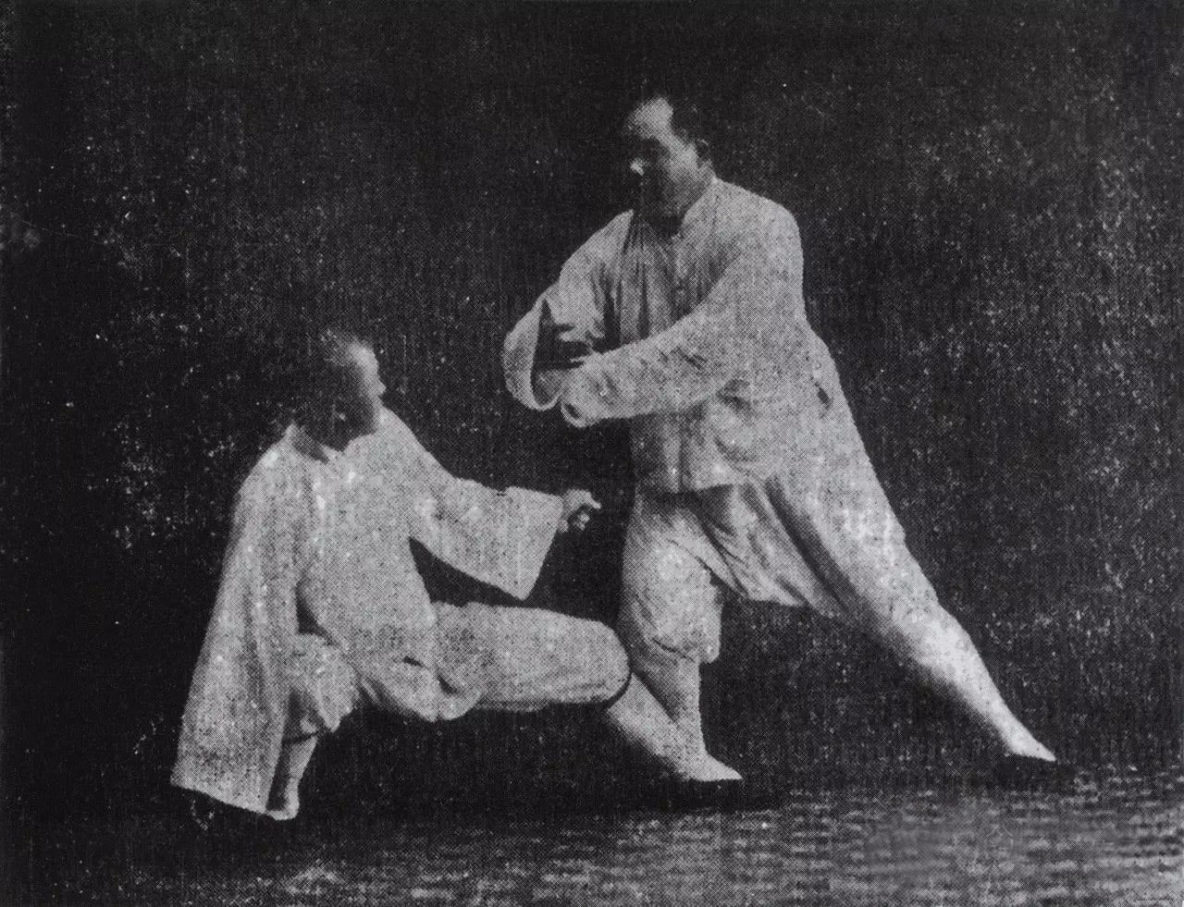 A genuine Taijiquan practitioner’s arms are like iron rods that have been wrapped in cotton. They will appear soft on the outside, yet are quite heavy; this you will feel through pushing hands. When the genuine Taijiquan practitioner uses (Na) energy, you will feel the touch is very light, yet you cannot resist its force. When releasing (Fang) energy to the opponent, it is as quick as the ammunition shot forth from a catapult, yet without the requirement of any strenuous effort. The launched opponent feels only a slight movement upon his body without any pain but will find themselves pushed back over 1 Zhang (3.3 meters).

If you use a powerful force to press or push an opponent, although you can control or hit (push) him away, you inevitably have to use strenuous effort, and the opponent will also feel pain; such a hit won’t be crisp. Contrarily, if you try to grab a Taijiquan expert by force, it’s like trying to catch the wind or a shadow; your power will fall into emptiness. It is akin to stepping on a calabash that floats on water and you cannot apply any force. This is the true and genuine Taiji idea.”